There are no two 100% alike women in the world. By this, we mean not only appearance but morals, tastes, and values. Very often, men can hardly understand women since their world outlook is radically different. Sometimes, even women themselves cannot explain their deeds. Despite the fact that every woman is unique and mysterious in her own way, there are typical women’s traits that let psychologists divide them into definite groups.

Thus, let’s see which women types are most widespread nowadays. Keep in mind that the traits of each type get mixed in every woman in a unique way.

As you can guess, the main feature of this psychological type is taking care of a man. Such women don’t care about their partner’s age; for them, he is always like a child needing care, sympathy, and pampering. A woman-mother puts her man’s needs higher than her own.

This lady is a great life partner. She is kind, understanding, patient, and tender. Routine problems are easy to handle with her. She doesn’t make scenes and solves all the problems on her own. Her care is not excessive but touching, and she would support her partner both practically and emotionally. If a man has such a woman, he is likely to make a dazzling career due to her care and support.

According to statistics, women of this psychological type are usually happy in a marriage. A woman-mother can become both a housewife and a business-woman depending on what her beloved partner wants.

Most frequently, men are attracted by them. In a sexual sphere, these women prefer freedom, even if previously they’ve been rather reserved. Women-mothers aren’t prone to betrayal. Likewise, their partners also aren’t likely to cheat.

Ladies of this type are altruistic. For the sake of their partner and close people, such women can sacrifice their principles and betray their own selves.

One may think that in such a couple, a woman is a leader, but in reality, it happens quite seldom. Most often, a woman subordinates and pushes a man to take on a leading role in a relationship. That’s the exact reason why men with these women as wives boast about significant career growth. The point is that women raise their men’s self-esteem by their behavior, respect, and care, which helps men to get new social status and become a leader.

This type turns out to be the wisest. It combines positive features of almost all other character types. Such a woman cares about her man as if he was a child, but at the same time, she is his best friend and excellent lover. Being realistic, ladies of this type can think practically and subtly. They are very reliable. A man in this union can be a leader not realizing that, in fact, his leadership is defined by a woman.

A relationship with a “woman-friend” is always just perfect. Such partners always know everything about their men, their mood, goals, and plans. Honest and open-hearted, they are ready to listen, support, give a piece of advice, help, or scold. Women-friends are kind and have a strong character, and they are a rare treasure to find in the modern world.

Regardless of all great qualities these women possess, they rarely marry. Predominantly, it happens at a young age. Older women set high standards for themselves and their partners as well. The opposite sex finds such women very attractive, and even if their relationship doesn’t result in a marriage, men highly appreciate and try to keep them.

Women of this type consider only their partner’s financial status. Appearance, intellect, and personal qualities are of no value to them. In such a union, there isn’t even a hint of female love or affection. She treats a relationship as a beneficial deal based exclusively on financial interests. Unfortunately, these women are the most prevailing type. She can settle her own life paying no attention to her partner’s feelings and desires since she is indifferent about them. A woman-predator is like a hurricane. She makes independent decisions and likes controlling everyone and everything.

Such women are usually well-groomed, and they demand the same from their partners making the latter take high social positions. Strong and dominating by nature, ladies of this type are firm about their decisions. As for her sexual side, a woman-predator isn’t active and gets furious if her husband cheats on her. However, if a man doesn’t possess leadership qualities, she is not that bad life partner because she knows what she wants and how to get it.

Attractive, well-groomed, and sociable, business-women are torn between their family and work. They are always busy and strained because at home they have to be caring and tender wives whereas at work they have to prove they can cope with the role of a business lady. Career is such women’s top priority, and their own image and status are very important to them. From her child, a businesswoman would require compliance with her high standards. A typical phenomenon happening to business ladies is their child’s over-protection combined with a complete lack of signs proving maternal affection.

It’s quite hard for such women to find a life-long partner due to the fact that they need a stronger personality by their side. Even if a worthy partner appears, a businesswoman cannot subordinate to an equally successful partner, which is a basis for conflicts in a relationship. However, in their sexual life, these women are rather active.

What distinguishes despot women is their desire for constant control over people, which is usually manifested in an aggressive form. They are sure only about their being right, and nobody can change their opinion. Once you try to criticize their idea, be ready to face a drama and hysteria.

Generally, despot women fall into two categories: desperate egoists fond of total control and humiliating others and so-called “victims” who are weak and timid inside and use despotism to hide their flaws.

Typically, women of this type don’t pay much attention to the way they look. They prefer the phrase “I am the way I am” to justify their poor appearance. Ninnies are easy to communicate with, but very often they see no boundaries and can be tactless or too clingy. The main negative feature of this psychological type is their inability to stop when needed, their talkativeness may be tiring for a partner.

Women of this type are rather successful in their family life. Men are attracted by their simplicity and naivety. Very often, ninnies have neither a good education nor ladylike manners. Having married, they stop caring about themselves for good and get immersed in the family routine. The majority of them become loving wives and excellent caring mothers. For this reason, many men choose them as life partners.

To conclude, there are different types of women with a set of positive and negative traits. Yet, there no perfect people; so just find the woman you love and never let her go! 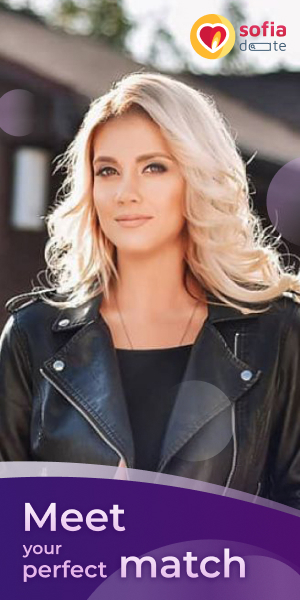